Our climate and biodiversity emergency: The role of farming 16/05/2019, Producers 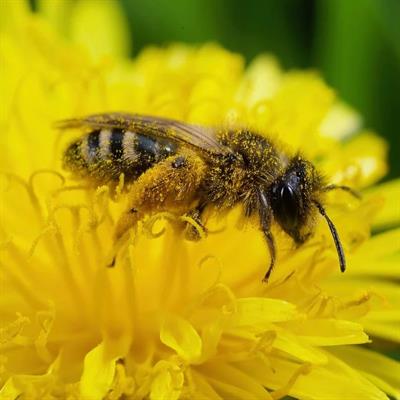 Nobody can seriously argue with the fact that the industrialisation of farming has led to catastrophic environmental consequences. It is a grave situation that needs to change. Consider these recently reported facts:

-       Around 30% of global green house gases are considered to be generated by food and farming. This makes food and farming a bigger contributor to the devastating consequences of climate change than all means of transport, heating and air conditioning combined.

-       83% of wild mammals and 50% of all plants have been lost since humans began farming on an industrial scale.

It’s a massive global issue and we need to get our own house in order, right here in the UK, because the facts facing us are startling.

The British reliance on cheap food has driven many of our farmers to work the land harder and mono culture crops have depleted the soil of both nutritional value and banks of carbon. Our own consumer behaviour demands them to grow more and more food for us at cheap “on the shelf” prices. Sadly, there is a massive hidden cost we are all paying the price for by producing food in this way. For every pound spent at the checkout, we are paying another £1 in hidden costs associated with unsustainable production. For more information on this click here.

Farm yields have increased significantly over the past few decades, food is cheaper, and a far lower % of disposable income is now spent on food than in previous generations. Given the level of food poverty in this country, some may argue cheap food is a good thing. But this intensification has come at a huge cost both to our health and our environment. Wildflower meadows, ponds and hedges have been destroyed, and pesticides and fertilisers have wiped out most insects and wild plants. The numbers of butterflies, birds and many other animals have plummeted. Many species of bees are now critically endangered in the UK. Hedgehogs, tree sparrows and turtle doves were once common, but have all declined by over 90%. Species extinction has accelerated to a staggering rate during my lifetime. The rate of biodiversity loss we are experiencing today threatens all life - including humans.

We urgently need farming to become a force for good, reintroducing critically endangered wildlife species and enabling carbon sequestration into the soil.

Tim Martin, a former BBC Wildlife Executive Producer and fresh-range customer, says “Our countryside may still look green and pleasant, but much of it is now a lifeless green desert”. Tim tells me stories of when he was filming on location on farms with presenters Greg Wallace and Philippa Forrester for the BBC. He recalls how striking it was to experience how little birdsong there was on these farms compared to his own garden. Whilst Tim’s an avid twitcher and wildlife photographer he’s rarely heard the song of a cuckoo despite this being a native bird of the UK. He argues that new housing developments with gardens are better for wildlife than farmland. Yet farms cover over 70% of our country.

These observations motivated Tim to take direct action. He left his film making career and launched Farm Wilder, a social enterprise that supports farmers’ restoration of biodiversity and sequestration of carbon back into the soil.

We, at fresh-range, are proud to support Farm Wilder’s mission to source produce from farms that are exceptionally wildlife friendly and sustainably managed. By partnering with experts from the RSPB, Wildlife Trusts, Butterfly Conservation, the Farming and Wildlife Advisory Group (FWAG) and other charities, we ensure that the farmers are creating just the right habitat for specific rare species. These include Marsh Fritillary Butterflies, Cuckoos, Corn Buntings and Curlew that struggle to survive elsewhere on intensively farmed land. And because conservation works best at scale, farms are selected that are part of groups of farms all working together to help the same species.

Tim explains: “The farmers have committed to transitioning to a 100% pasture-fed diet over 3 years, freeing up precious land from grain and soya production and ensuring that ruminants are grazed as nature intended, on herbs, grasses and legumes. With support from the Pasture-Fed Livestock Association, Farm Wilder are working with the farmers to maintain and develop grazing systems that increase biodiversity while reducing greenhouse gas emissions and building up the amount of carbon that is stored in the soil (which helps to prevent the negative consequences of climate change). Wherever possible farmers don’t plough (because this reduces the ability of soil to absorb carbon), instead managing pastures to increase the abundance of herbs and legumes such as bird’s foot trefoil and chicory. These help balance the animals’ diets whilst reducing methane emissions and the need for nitrogen fertiliser. Water then soaks into the soil better, reducing flooding and minimising pollution.”

“Farm Wilder also support farmers to expand the amount of tree cover on their farms, by increasing the size and number of hedges and introducing new copses into marginal corners. Combined with the diverse pastures, this creates a mosaic of habitats that provides the pollen, nectar, seeds and shelter necessary to support an abundance of birds, insects and mammals.”

As non-executive Director for Farm Wilder, I have been assisting Tim with the project for the past 18 months to prepare for launch. I'm proud to be contributing to this initiative because at its very core, Farm Wilder is about bringing harmony back to our countryside. I’m delighted to say that Farm Wilder beef and lamb is now ready to buy online exclusively on fresh-range. Browse Farm Wilder beef here and Farm Wilder lamb here and discover the specific wildlife species being restored on these farms.

If you do choose to eat meat, then Farm Wilder enables you to contribute positively to reverse the devastating consequences of biodiversity loss and climate change we face today. Every purchase will plant a further seed of hope for UK farming to become part of the solution.