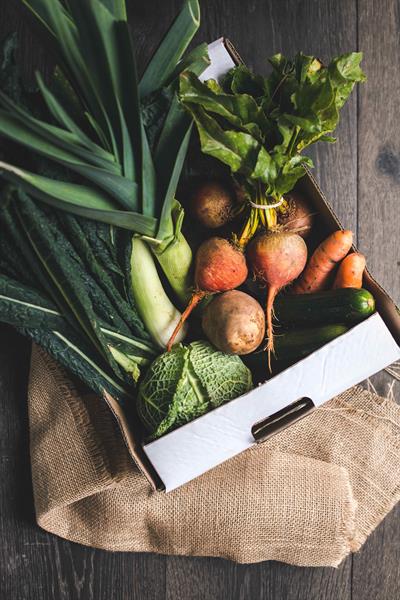 Many of us are looking to make positive changes to improve our health and happiness for good. In the last of our series of three guest blogs, nutritional therapist and author Sally Beare (www.sallybeare.com) looks at how eating locally grown food can impact on our health.

Locavore-ism is becoming increasingly popular - in fact, ‘locavore’ was ‘Word of the Year 2007’ for the Oxford American Dictionary. But what does it mean, and is it good to be one?

A ‘locavore’ is someone who chooses to eat local, seasonal food rather than food which has clocked up a lot of food miles. Clearly, the carbon footprint of a locavore is going to be lowered by their eating habits. Early research also suggests that locavores are healthier: one recent study showed that Americans eating more local food had lower rates of obesity, diabetes and death, whilst another found that increased spending on local fruit and vegetables correlates with lower diabetes and obesity rates.1, 2

Eating local food means we get a wider variety of produce, and also preserves genetic diversity. 3 Because supermarkets choose for durability, this limits the types of fruit and vegetables they can sell. Small-scale farmers supplying to a local market, on the other hand, are more likely to grow for variety and eye-catching shapes and colours, and to grow different plants to provide a long harvest season. Eating seasonally also means that our menu varies according to what’s available, so we are less likely to get stuck in a rut.

Eating diverse products doesn’t just keep our taste buds happy, it also means we get a wide range of nutrients, including dozens of vitamins and minerals, several amino acids, and thousands of phytochemicals. It is also thought that in order to have optimum levels of ‘friendly’ gut microorganisms, we need to eat around twenty five different types of plant foods each week, as our Paleo ancestors would have done.

Another advantage of eating local, seasonal food is that we seem to be best-suited to eating produce from our native environment, rather than from thousands of miles away.  This is because our gut microorganisms, which help us to absorb nutrients, don’t like foreign food. For example, the gut bacteria of Japanese people, whose human hosts have been feeding them sushi for hundreds of years, are far better at extracting nutrients from seaweed than those of Americans and Europeans. 4

Fresh and local for the healthiest people on the planet

In certain parts of the world there are pockets of ultra-healthy people, where living to your nineties and beyond without suffering so much as a day’s illness is considered the norm. I have met a 105-year-old woman who relaxed by hacking down the jungle with her machete, a woman of almost 100 who had never suffered so much as a headache, a sprightly man in his nineties who kept clean-shaven ‘for kissing the ladies’, and others who know nothing other than vibrant health.

In these places, which I call the ‘longevity hot spots’, one of the key features of life is that the food eaten is all home-grown, seasonal, organic, local, and fresh. There can be no doubt that the way these people produce their food is intrinsically linked with their exceptionally good health. We don’t all have the fortune to live in these places, but the good news is we can easily adopt some of these people’s health-giving eating habits simply by choosing to eat fresh, local produce.

1.Journal of Rural Health quoted at: